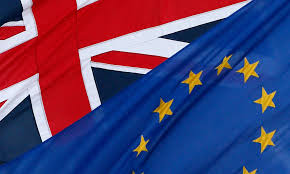 Calls for a second EU referendum have got louder over the last few days.  So why might the UK need a second referendum?

It's worth stating two principles at the outset about what is a momentous decision to leave the EU:
The problem is the first referendum in June 2016 was unsatisfactory for a number of reasons, as set out below.  A second referendum would help to address these matters, and either:
Some suggest the cost of a second referendum of around £100 million would be a waste of money, especially if Leave were to win again. But this is compared to the OBR's estimate of a cost of £15 billion a year to public finances for years after leaving the EU. So £0.1 billion is a very good use of money should Remain win.  It is also worth it if  Leave win again, to galvanise the necessary support to make the best of Brexit and reduce that annual cost.

Some eminent politicians and commentators have suggested a second referendum would be an attack on democracy.   Quite the opposite.  The people would still be asked, and the Act setting up the second referendum should clearly state the decision would be accepted (which was not the case first time around).  If there's a win again for Leave, Parliament would pour over the details, but only in support of that decision.  That is entirely democratic.


WHY WAS THE FIRST REFERENDUM UNSATISFACTORY?

The matters which make the first referendum unsatisfactory include:
Furthermore, there are strong indications that many voters did not take the first vote seriously enough.  They should be given a second chance given the enormity of the decision, whether that produces a Leave or Remain vote.

The polls before the referendum suggested Remain would win.  I'm not convinced voters took the prospect of Leave winning seriously enough:

The decision for the UK to leave the EU is momentous, and not to be taken on a single referendum that had so many issues.  A second referendum vote is necessary to ensure voters can take into account subsequent developments, and take the vote more seriously than they appeared to do first time around:  The first vote was "in principle" and the second would be "in practice".

The second vote would either:
The likely cost of £100 million (£0.1 billion) is nothing compared to either of those outcomes.