In the last couple of days I have received two articles about the EU referendum which deserve publication.  This one is on the Remain side from John Gripton.  The other's for Leave.  They are included here as guest blogs: 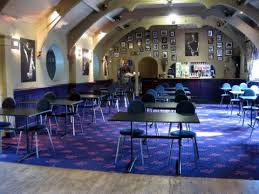 Personal Experience of Living in the EU

I am now retired after 30 years in the computer industry and 20 years running a music venue,  Over those many years I have had a number of experiences of the European dream and would like to share these with you.

My first was as a director of a software house that had the privilege of supplying a system to CERN, the nuclear research centre in Switzerland.  I was asked to present the system to an audience of about one hundred engineers, scientists and administrators.  It was well received and was overwhelmed by the breadth and cohesion of this audience which were drawn together from a least a dozen different countries in Europe.  I realised later that many of the people in the room were working at the time on their own system for file sharing across their diverse network of computers.  They went on to create this for their site and then published for the world to use, without patents and therefore without charge, becoming the Worldwide Web.

I then left the computer industry for a mid life crisis to build a jazz club in my home town in Berkshire.  This meant I had to run a café, bar, restaurant and came up against all the health and safety regulation.  The monthly visits by local council officers saw another side of the EU which everyone likes to complain about.  However I saw that these regulations from the officials nearly all came from Brussels, not the UK, but meant that these regulations, which were well thought through, were applied throughout all countries of the EU.  I would also say that my personal experience of the dangers of eating out has changed for the better as a result, with far less food poisoning incidents!

We then visited Brussels with friends including trying out the new Eurostar.  This was a very enjoyable trip but made for me by the journey home.  I was lucky enough to sit opposite two young men who were having a weekend break in London.  They both worked for the EU, one in the parliament and the other in the commission.  They loved their work but were so frustrated dealing with the UK.  They described how the EU arrives at the numerous regulations, such as health and safety in the kitchen.  This was a lengthy process having to get agreement from all countries and the experts.  When finalised it was sent to all the countries, most of which just cut and pasted it into local regulations.  Not however the UK!  Some 6 to 9 months later Whitehall would send back a large dossier, of sometimes 300 pages, advising how the UK would implement these regulations.  It was a standing joke in Brussels.

The final anecdote concerns a neighbour of mine who is a senior councillor in the County Council.  He is involved in large projects as a Financial Controller, one of which is the creation of power stations by incineration of waste.  As part of this he attends large meetings in the EU to share information and agree regulation.  He finds these extremely productive and told me that Switzerland has asked to be included in this process to also benefit from the cooperation, even though not in the EU.

I have told these stories to put the positive case for this cooperation and difficult but rewarding task of bringing all these nations together.  We cannot throw all this away and must REMAIN