EUref - Who Might Lead a New Centrist Remainers Party? 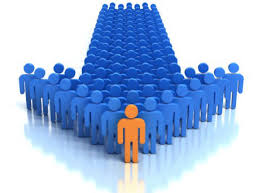 Last Sunday, the Observer ran an article titled Pro-EU Labour and Tory MPS look at chances of forming a new centrist party”.  We were told that a source at ministerial level had said “talks should be taken seriously”..

Nothing further has apeared since, probably because Andrea Leadsom dropped out of the Tory leadership race the following day, and Theresa May was crowned Prime Minister mid week.  Whilst that removed the issue for those that were not willing to serve under Andrea, a key issue still remains. Theresa has said her government is pursuing Brexit, but over half of Conservative MPs campaigned for Remain. Are they happy with the Brexit strategy? Presumably not.

On the Labour side, not much has actually changed, although whether Jeremy Corbyn would be standing, and who would be standing against him, has only become clear at the end of the week. Uncertainty that would have affected if and when Labour MPs would consider moving to a new party.

So I'm waiting to see if there are any other developments towards a new party. But it is worth noting what Toby Helm, co-author of last week's article, has said in today's Observer. As a result of Theresa May appointing a new cabinet and set of junior ministers, she has "exiled to the backbenches a powerful collection of able and still ambitious Tories who will, if she falters, not be shy of seeking revenge." Given the possibility of a new centrist party that would pursue a pro-EU agenda, the ex-ministers do not need to wait for her to falter.  Indeed for those who believe leaving the EU would be bad news, the quicker the Brexit nonsense is stopped the better.


SO WHO COULD LEAD THE NEW PARTY?

The people who have campaigned for Remain and could lead the new centrist party could include (with apologies to anyone omitted):

The following former cabinet ministers are noted Remain supporters, and no longer hold any ministerial post (and therefore have lost their extra salary, if that is significant to them)

There is also of course David Cameron .  He had always fancied being seen as Tony Blair's successor in terms of running a centrist government.  So he could even be tempted to return to government to complete his ambition with a more appropriate centrist party. Stranger things have happened already in this last three weeks since the referendum result!

The following members of Theresa May's cabinet supported Remain and could be tempted to move to a new pro-EU centrist party.  This would be if they would prefer to do so rather than serve in a Brexit government, especially if they would command a higher position:

Some weeks ago a list of Labour MPs was published, showing how sympathetic there were to Corbyn's socialist cause.  Assuming this highlights who are more Social Democrat, and therefore eligible for a centrist party, the more senior and well known MPs are:

(a) In the "Hostile Group" (furthest from Corbyn politically)

(c) In the "Neutral Not Hostile" Group (not necessarily sufficiently centrist)

There is clearly plenty of leadership and ministerial talent in both the Conservative  and Labour parties who would be eligible and potentially interested in joining a new pro-EU centrist party.

It now remains to be seen who grasps the mettle, and makes the idea a reality!.

If you know any of the people in this blog posting, do bring this to their attention. Thanks.