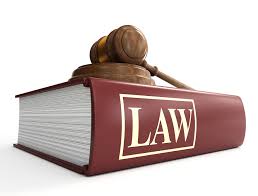 For any official political move to be valid, such as leaving the EU or electing a new leader, the move has to comply with relevant laws, rules and regulations.  Otherwise the move can be challenged in the Courts.

You would have thought that moves like Brexit and electing a new Labour leader would have been clarified well in advance, but that isn't the case. Furthermore, the legal challenges have already started, so in future time and effort will only be spent on valid moves.

This blog article reports on what's happening from a layman's perspective, and will be updated as relevant matters progress.

Follow @davidallengreen on Twitter for the latest developments, who I must thank for alerting me to some key matters included below.

The principle means by which the UK can leave the EU is by invoking Article 50 of the Lisbon Treaty ("A50") which explicitly covers a Member State leaving. (There is apparently an alternative approach that uses more general international law, but as nobody in Government has mentioned it, I will park that option for now.)

A50 provides for a two-year negotiation of the terms of exit after notification has been given to the EU.  That period can only be extended by agreement of all the other 27 Member States, so extension is not guaranteed. There is the risk that one or more Member States would force the UK to finally leave the EU before any replacement trade deal is in place.  Think about that for a minute!

The Government has indicated that the Prime Minister has that authority, under what's called the "Royal Prerogative".  So we have been led to believe that the new Tory leader, who will also become Prime Minister, will be able to decide if and when to press the A50 button.  Inevitably this is also a political choice, so whoever becomes PM would be looking for support for their decision.  The two leadership candidates are currently taking the Referendum result as sufficient support

But this is not necessarily correct:
David Allen Green, a former Government lawyer himself, offered these thoughts on the first two legal claims and made these comments on Twitter late Friday afternoon 8th July after the third was made public @davidallengreen :

"An important thing here is not so much the prospect of any court hearing but the government's defence. That is the thing to watch.

The government really will *not* want this point litigated if it can avoided.  it does not want to risk an adverse judgment.  So keep watching these cases: the government may be forced in to declaring its hand on how A50 will be decided, so to head off a case.

Fwiw - I believe A50(1) decision can be made under prerogative or by statute. Either/or. Other pundits differ. Nobody is certain."

(2) WHO CAN NEGOTIATE EXIT TERMS ON BEHALF OF THE EU,  WHEN?

It is obviously sensible for the UK to only press the A50 button when it is clear what the key terms of Brexit would be.  Ideally this means getting a "Heads of Agreement" prior to pressing the A50 button, and thrashing out the detail in the subsequent two years.  Pragmatically, this is probably the only way to comply with the 2-year limit.

However the EU has indicated it will not enter into any discussions prior to receiving the A50 notification.  This puts the UK in a difficult and weak position, as the EU could easily impose a very bad deal for the UK that the UK would have little choice but to accept to meet the 2-year deadline.

A key issue that needs swift resolution is the rights of EU citizens living in the UK to continue to do so, and similarly for UK citizens living elsewhere in the EU.  I was in the Foreign Affairs Committee on Thursday 7th July when Philip Hammond, the Foreign Secretary, was being grilled by Brexiteer Tories on the Committee about various Brexit matters.  Philip echoed Theresa May in being adamant that the UK should not guarantee rights for EU citizens here before equivalent rights had been granted to UK nationals.  But he was happy to put on record that guaranteeing both sets of rights is the Government's objective.

Initially Philip was saying there was not much he could do until the A50 button was pressed.  Then he said that he is attending a dinner on Sunday 17th July with his 27 opposite numbers. He would use that event to hopefully get agreement on this particular issue.  After all, the EU is fundamentally a collaboration between its Members States, and such ministerial meetings do have clout within the EU.

That opens up the possibility of equivalent meetings on other key issues.  In practice then, key aspects of Brexit CAN be negotiated before the A50 button is pressed.


(3) WILL THE UK STILL PLAY A PART IN EU INITIATIVES?

In the days after the EU Referendum result, there seemed to be  EU meetings taking place with the 27 other countries, excluding the UK.   This may simply have been a mistake by the EU and/or the British Government.

Philip Hammond advised on Thurday 7th that the Government is adamant that the UK will continue to play its part until such time as the UK actually leaves the EU, likely into 2019 at least. However:

(4) WILL THERE BE A SECOND REFERENDUM?

The Government have announced that it will not hold a second referendum, as has been echoed by other senior politicians. The first is deemed adequate.  But is this right?

All these legal aspects will constrain whatever the Conservatives leadership candidates can actually deliver. This would have especially applied to Angela Leadsom who has been keen to press the A50 button as soon as possible.

But Angela has just pulled out. Maybe in part because she knows she cannot deliver what she has been promising.

Which laves us with Theresa May as the new Prime Minister, but not appointed through a General Election.  Is one now needed? Morally perhaps. But legally not and it is also dfficult. Under the Fixed Term Parliament Act there are only two ways. But there is also the possibility of her losing a majority and therefroe having to go to the country.  This will all require further consideration.

Angela Eagle and Owen Smith are challenging Jeremy Corbyn as Leader of the Labour party.  Jeremy Corbyn wishes to continue as Leader, given his wide support from party members, and is prepared to stand himself.  The question is whether he can stand automatically or need to get 50 odd nominations from Labour MPs like any other candidate.

Labour's National Executive Committee have decided that Jeremy can stand without the required support of MPs. But there is already a legal challenge to that forom a major party donor.  Let's wait and see.
IN CONCLUSION

We are in unprecedented and indeed exciting times.  The legal foundations of our Parliament and parties will set the parameters within which solutions will need to be actioned, principally: