Some Thoughts On The Takeover Of ARM. The Price of Brexit?

It has just been announced that ARM Holdings plc is being sold to a Japanese firm, SoftBank for £24.3 billion.

Some people see that as good, some as bad. I can see both sides. 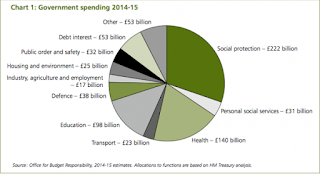 To put the £24,3 billion in context, that is equivalent to the UK Government's total annual spending in 2014-15 on:

£24.3 billion is also some 25 times ARM's revenues for 2015 of just under £1 billion (some £968 million).  That's over 10 times times a normal valuation of a mature quoted company, where valuation is a similar magnitude to its annual revenues. Looking at mature FTSE100 companies, of a similar valuation ("market capitalisation") the Valuation: Revenues ratio is today, for example:
A higher Valuation:Revenues ratio is primarily due to two factors:
The FT headline said the purchase is a "bet on the Interent of Things". This is the idea of connecting devices such as fridges and cars to the internet. That needs at least one microprocessor in each device, and ARM is well placed to provide the designs, as they sell designs under licence to others to manufacture. The potential is enormous.

ARM's valuation is especially high because:

There's something very fishy going on.

The FT article goes on to say that Softbank's  Chairman and Chief Executive, Mr Son, said that "the deal highlighted his confidence in the UK economy". He either doesn't understand ARM, or was put up to saying it by the UK Government as part of not stopping the sale. 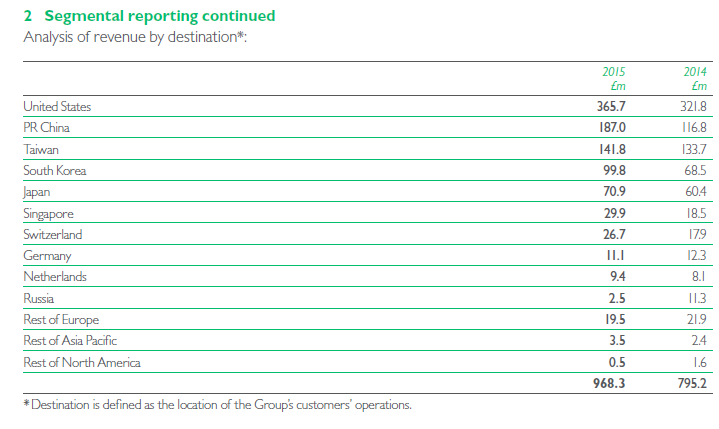 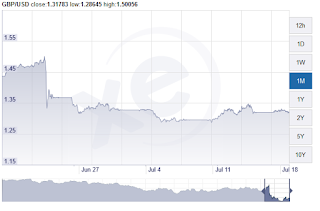 More likely the drop in the Sterling exchange rate has been the trigger, where SoftBank felt they could afford a price that would be an adequate premium over the current quoted share price to secure ARM directors' agreement. At 1.32 to the US dollar, that is still over10% below pre-referendum levels. That makes ARM much cheaper to a foreign purchaser.

For those who would have liked to see ARM remain British, its sale is part of the price of Brexit.

But there's another interesting angle.

ARM's main UK R&D facility has long been in Cambridge.  But the HQ was until recently in Maidenhead, before a change in senior management.  Theresa May's constituency. She will know the company well.

According to the FT,  Mr Son "capped his move with a phone call to Theresa May". Oh.

Theresa will also know HMV well, which was also based in Maidenhead before the hiatus that resulted in a change in management there too.

Two very different stories:
But that's getting into matters of international tax and tax havens. That's for another day.