#EUref - Key Issues To Clarify (Plea to News and Media) 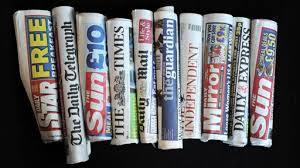 I've finally managed to catch up with last Friday's "The Last Leg".  Mainly to discover what the real Jeremy Corbyn is like, appearing as guest.  The programme now available on All4 was very illuminating in that regard and is well worth watching for this and an incisive.look at the EU Referendum

Indeed the first two segments of the programme concentrated on the EU Referendum, from which I gleaned:
Gut feel and emotions are important.  But isn't there a better, more logical way to come to a sensible decision on something so important to our future as whether to continue membership of the EU?

It strikes me that there are a number of key issues that need to be properly clarified for people to make up their minds.  Here's a plea to the news and media channels to get to the bottom of these issues quickly, challenging what the Remain and Leave camps are saying on these topics.

Let's get to the truth, or at least the most sensible look in the crystal ball.

Here are my thoughts on the key issues. But I'm fully open to stronger arguments that might turn my provisional voting decision the other way. I want the right decision for the UK, and that means debating the issues with facts and vision in as much depth as necessary:


(1) WHAT DOES THE RESULT ACTUALLY MEAN?

The ballot paper has only two options, Remain and Leave. But each of these splits into 2 main options:

Can the polling organisations generate the supporting data the Government will need?

Further details on this topic here "EU Referendum - What Type of "Euro-" Are You? "


(2) WILL IMMIGRATION CONTROL BE BETTER IF UK LEAVES?

Not necessarily. In fact immigration control would probably be no better and could even be worse if vote Leave:
To me the key issue is whether there would be an "Emergency Brake" available to apply to immigration if it continues or became too high?  This is a distinct possibility within the EEA, but has also been strongly hinted if the UK is to remain in the EU. It would be up to the UK Government to negotiate the best brake, be the result Remain or Leave.

So realistically, Leave looks to provide no clear advantage in respect of immigration, and could make matters worse.

Furthermore I'm not sure people who advocate control of UK borders appreciate the same would inevitably operate in reverse for UK nationals who want to live, work, retire or travel around the EU.  Those already living in the EU will be able to stay, but the freedoms for others would not exist in future.

And how about the UK/Eire border? Put border controls back up? Tear the key Irish agreements to pieces? Wouldn't it be disastrous for the region?

So Leave is not the immigration panacea often presented. Leave could make matters worse, and esult in loss of our precious freedoms. Further details here in "Immigration - Aren't the Leave Camp selling us The Emperor's New Clothes?"

The UK is a proud nation that is the 5th largest economy in the world. We can stand on our own two feet, surely?
Let's look after our own affairs, under the democracy and authority of Westminster.  There's plenty wrong with the EU's structure and demccracy, as most of the Remain supporters accept.

Does the UK want to be part of the EU club where greater political and monetary union is the stated aim, to become more like the United States of Europe?  No, and the UK Government has negotiated that the UK needn't become any closer part of that arrangement. This "Memorandum of Understanding", if not legally watertight in a Treatyt, is a political reality that other nations in the EU reverse at their peril. Which is why a vote for Remain must have an ongoing Leave watch in place.

Clearly our influence in the EU would diminish by leaving the EU.  That is a major problem in my view.

But how about global influence?  Soem people argue the EU is becoming an irrelevant middleman, which should be disintermediated from its role between global bodies and nation states such as the UK, on topics such as trade and the environment. Maybe, but not yet. It's too early to Leave for that reason.

(4) WHAT IS THE NET COST OF BEING AN EU MEMBER?
(COMPARED TO SOME OTHER ARRANGEMENT)

There are lots of figures being bandied about, most of which are being rubbished. As far as I can establish:
So what is the overall benefit or cost to the Exchequer of EU membership compared to other likely options?  We need facts please.

So far so good. On the basis of the issues above people may vote Remain or Leave.  Probably on the basis of their heart and gut feel:
But the economy is usually the deciding factor in an election.  For most people the over-riding factor in the decision will be the effect of Remain or Leave on the economy.  Jobs. My job or business. My children's and grandchildren's jobs and future.
There's lots of claims and counter-claims flying around, and frankly some silly figures.  All I know is:
In my view we simply can't take that risk now.  This is why so many Eurosceptics in the Govenemnt, in business and in life generally will vote Remain.

But is this assessment correct? The news and media organsiatsions need to help us with the facts, expert opinion, and a good hard gaze into the crystal ball.

There isn't a clear vision on the Leave side.  Or at least hasn't been. There have been lots of different visions, including:
There's no idea of the terms of any such deal, or even what might reasonably be achieved. This is especially in respect of Free Movement of People (FMOP), where Norway and Switzerland have both accepted different levels of FMOP and therefore gained different levels of access to the Single Market.  Full access will almost certainly mean full FMOP, at least of workers (as discussed above), unless a Canadian-style deal is stuck without FMOP.  But I can't see that  happening given the UK's geographical psoition on the edge of Europe.  Gut feel is once in EEA, that is where the EU will force the UK to stay by the lack of any new arrangement.

What is the Leave viison that a Uk Government wiuld actually implement?

I can be contacted via Twitter @just4charley.  I'm happy to participate actively in TV, radio, print and internet debates.  Please see my pinned tweet.