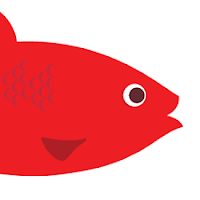 As part of the EU, the UK has a free-trade agreement with the other countries in the EU. It is the core reason to have originally joined the Common Market.

Clearly the UK would want to keep such an agreement in the event of Brexit. The alternative would be the possibility of trade restrictions and customs duties between the UK and EU (or as explained here, the EEA European Economic Area).

The issue is that Free Movement Of People (FMoP) is a key aspect of free trade. It allows people to move to more successful economic areas. Just like they do around the UK, except around the whole EU/EEA.

That can provide all sorts of benefits. But a lot of people don't like FMoP. The relative success of the UK's economy means the UK has been a magnet for EU nationals, especially from the eastern bloc countries that have joined the EU in recent years.  Brits have tended to stay in the UK, so "Net Immigration" has risen to potentially unsustainable levels. It's putting all sorts of strains on infrastructure such as schools, NHS and especially housing.

The question is whether a new trade deal can be done with the EU/EEA without FMoP as a core condition.  John Redwood MP, a key Brexiteer, looked me in the eye last week at a EUref debate and said "Yes".  Reasons commonly quoted are:
I'm not so confident:
I therefore believe FMoP would not be negotiable for any new trade deal with the EU/EEA after Brexit.  I have to assume the idea of the UK getting any further control over its borders is a red herring.  Unless soneone can provide some strong proof otherwise.  Anyone?

The people need to know.