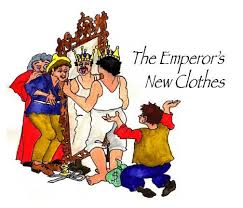 Here we are 3 days away from the EU Referendum on Thursday.  Yet there is a key question which in my view is still being entirely mis-sold - Immigration Control.  For many people intending to vote Leave, this topic is their main reason (though others put sovereignty first).  But the views on Immigration Control need to be challenged.  Like the "Emperor's New Clothes", the rhetoric has been almost universally accepted. But now the country needs to urgently wake up to pragmatic reality.

I wrote a piece on the Immigration Question here where my contentions are in summary:
Indeed, which has the higher odds:
I suggest #Remain and go for the Emergency Brake.

These conclusions are because:


BUT IS MINE THE ONLY VOICE IN THE WILDERNESS?

My son bought me these socks for Fathers Day.  Does my analysis above make me the "Stupid Boy" for overlooking something important, or misinterpreting the facts and possibilities?

Or is it the UK media who have been led on to accept what UKIP and others have been saying?

WHAT THE UK PAPERS ARE SAYING MONDAY 20TH JUNE

Looking at the front-page headlines:
So no paper covered the issues behind immigration control in their lead articles. Far more superficial, as one might expect. But there's still The Sun.

The Sun came out last week with 10 reasons to Brexit, written by former editor Kelvin McKenzie. Number 7 was about control of immigration, though he didn't say how or why. A quick search of the Sun website for possible reasons disclosed:
So what does the printed Sun say today? It focuses on Jezza's comments that "EU cap impossible if Remain wins". But still no explanation as to how Brexit would tackle the issue.

So nothing to challenge my analysis. Because controlling immigration by Brexit is taken as read?

Does that mean I'm the Stupid Boy or not?  Let's keep looking.

(1) Jo Cox MP, shortly before her murder "Brexit is no answer to real concerns on immigration"

"First, because leaving the EU won’t solve the problem. Over half of all migrants to Britain come from outside the EU, and the result of this referendum will do nothing to bring these numbers down.

In fact, the leaders of the Vote Leave campaign have been promising that Brexit will allow Government to actually increase the amount of immigration from outside the EU, opening up a whole new tier of immigration to fill short-term vacancies."

"Second, we can deal with migration while remaining in the EU".


She goes on to talk in terms consistent with my analysis above.

(2) Fleet Street Foz (Suzie Boniface) has spent a lot of time talking about the truths of immigration:

(a) What can Nigel Farage actually do about immigration?

She talks about the three categories of immigrants:
She concludes that Nigel can do bugger all about any of these categories,. But in the case of the EU, seemingly because she doesn't see Leave winning rather than exploring any of my analysis. Luckily she's covered some of it in the following article:
(b) How to avoid getting screwed in the EU referendum

A major section of this article is about immigration, where by looking at non-EU immigrants she concludes "If you would like more migrants and refugees, VOTE TO LEAVE THE EU."


Sadly I can't find her analysis of EU migration control, so will ask her. ( I have but awaiting reply) 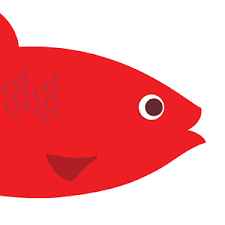 At this point I cannot find a better anaylsis of how to control immigration of EU nationals into the UK.  So I'll post this with the question to you:

Are VoteLeave selling a pup on immigration. Or is it just one big red herring?

But a better understanding of immigration is only one of  six reasons why Remain may win by as much as 80:20. See this short article.